The broad crypto market has been an uptrend since the beginning of the Covid. It has been more than 630 days since the uptrend began. The total market cap has grown up from $110 billion to it’s peak of $3 trillion. This growth of more than 27x in less than 2 years has brought millions if not billions of humansto know about cryptocurrency. Why has people’s attention turned to cryptocurrency ? Isn’t it just a bunch of unreal and untouchable objects? You can’t see it, you can’t feel it, you can’t hear it. It is just a bunch of 1s and 0s stored in a distributed network. Why are they so fascinated about cryptocurrency?

The beginning of cryptocurrency

Cryptocurrency (Bitcoin) is just 13 years old, but the underlying technology of cryptography has been used in production-grade way back to World war 2. German was using the Enigma Cipher to encrypt/decrypt their messages for military communication when the famous English Mathematician Alan Turing decrypted the German military message with his BOMBE decipher machine. His hacking to German’s encrypted messages contributed a big effort to the winning of the Allied Alliance and was estimated to have ended the war 2 years earlier and saved millions of lives.

Of course, the encryption/decryption algorithm that was used 80 years ago could be hacked within a few seconds with today’s technology. Bitcoin uses SHA256 for checking data integrity of the transactions on the blocks, which confirms that the transaction was not modified; public key cryptography (Elliptic Curve) is used to generate wallet addresses, making sure that you can securely send digital assets to the correct address holder. The hash that is generated by SHA256 is almost impossible to replicate and Elliptic Curve encryption is almost impossible to break. So at the end of the day, what drives human civilization to advance is because of technology and science ?

Did our ancestors ever think about the technology they used in war could be the future of money?

Bitcoin, AKA the big brother of the crypto market, has broken its 630-day-long upward trendline as the first meaningful warning sign of the market while ETH’s long term trendline is barely holding the price. (See the chart below)

When the longer duration of a resistance/support  it is, when it breaks, the more meaningful it is. The last time bitcoin broke such a long time frame of resistance was last year when the price broke above$12000. It then went all the way up to its recent peak $68000. Bitcoin attempted twice to break above 65000 and 68000 but seems only little volume supported it. These biggest 2 crypto currencies combine with a more than 60% market dominance of the total market capitalization. One of the rising stars in the crypto market this year is SOL, it literally went from Zero To Hero. It went from $1 to its peak of $257 in less than 1 year. However, it recently also suffered from correction, its long-term trendline is also barely holding the price. Will its trendline hold the price ? Time will tell, patience is always a virtue in investing.

At the moment, only Bitcoin is confirmed that its long-term trendline is broken, normally in the bull market, when Bitcoin has a correction, altcoins will follow. If you look at ETHUSDT chart, its price action looks like it is converging upward, a classical rising wedge – The price looks like it is trying hard to break out upwards, but if you look at the volume it has relatively little, it could be a weakening sign.

Regardless of whether it is a bear market or not, the 2021  bull market has already done its job – crypto has come to mainstream. You can see more headlines about Bitcoin in the newspaper and media. Thousands of KOLs discuss Bitcoin and crypto (including my 70 years old mom and dad). Regulators are rushing to set compliance rules. Thousands of companies related to Blockchain and cryptocurrency have been already established worldwide, which have created thousands if not millions of jobs globally. The trillions worth market has brought up thousands of Joe Doe to become  millionaires and billionaires!

Lastly, which scenario of ETH do you think will take place, A or B ? (see the ETHUSDT chart) Comment below cryptoer! 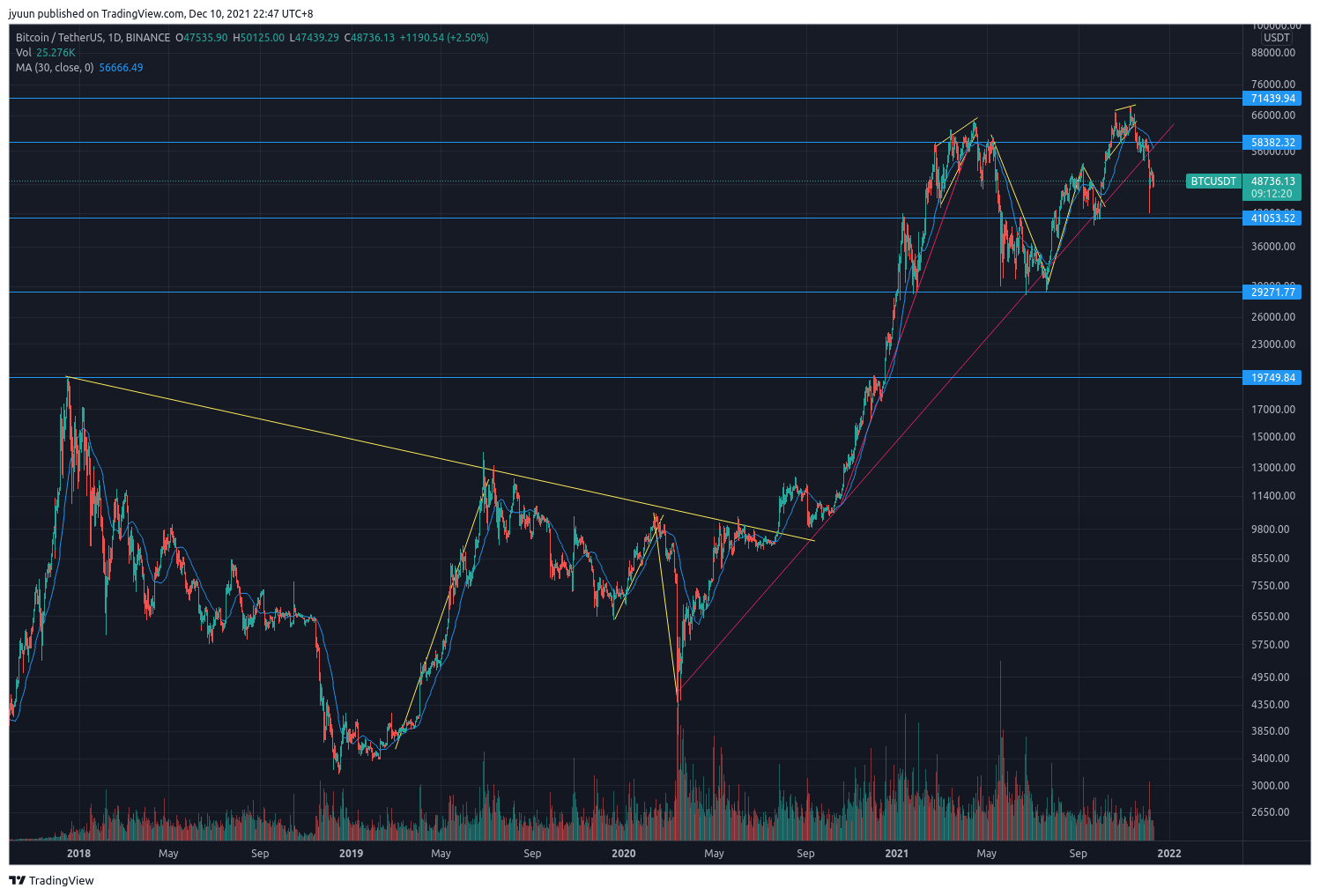 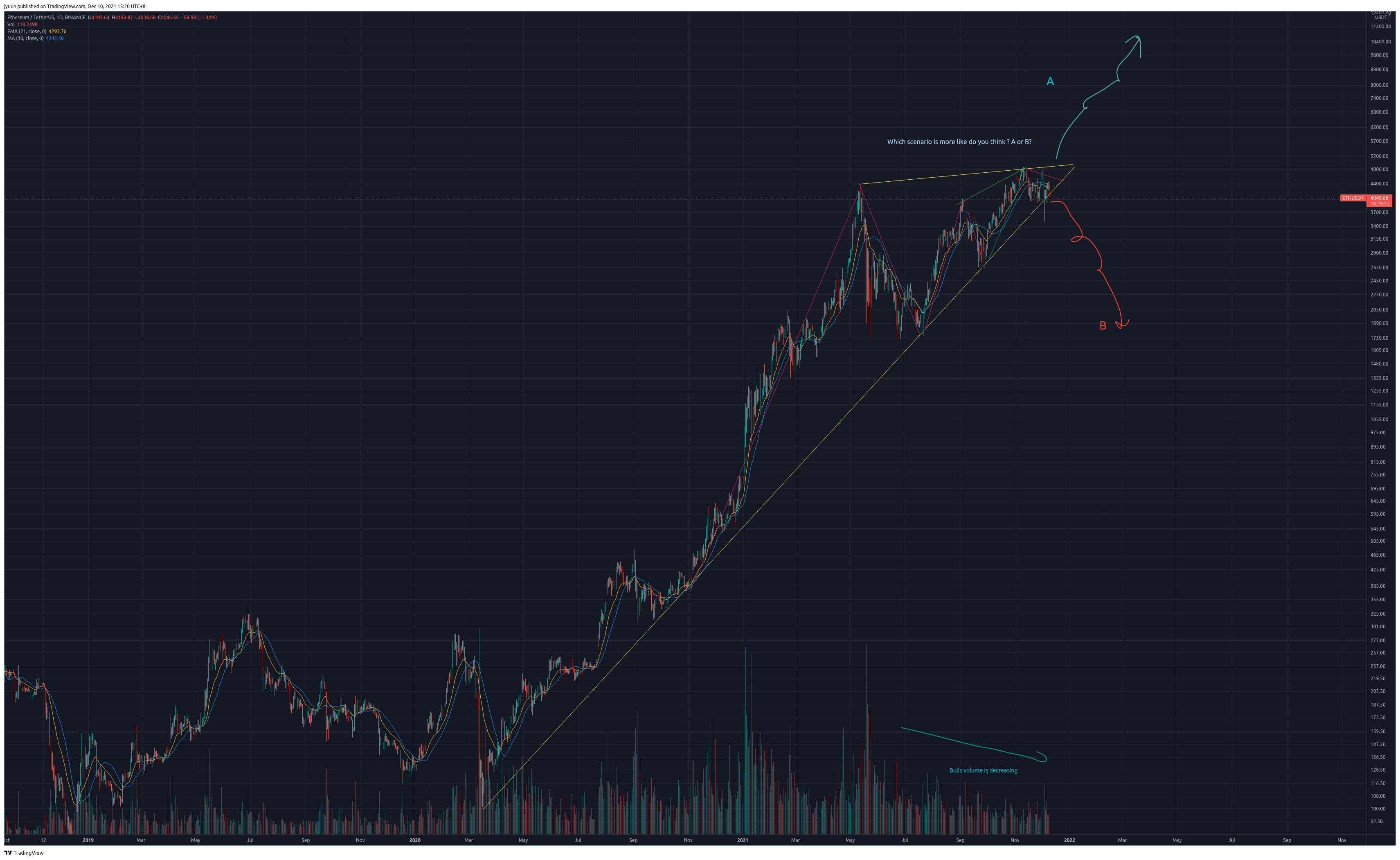 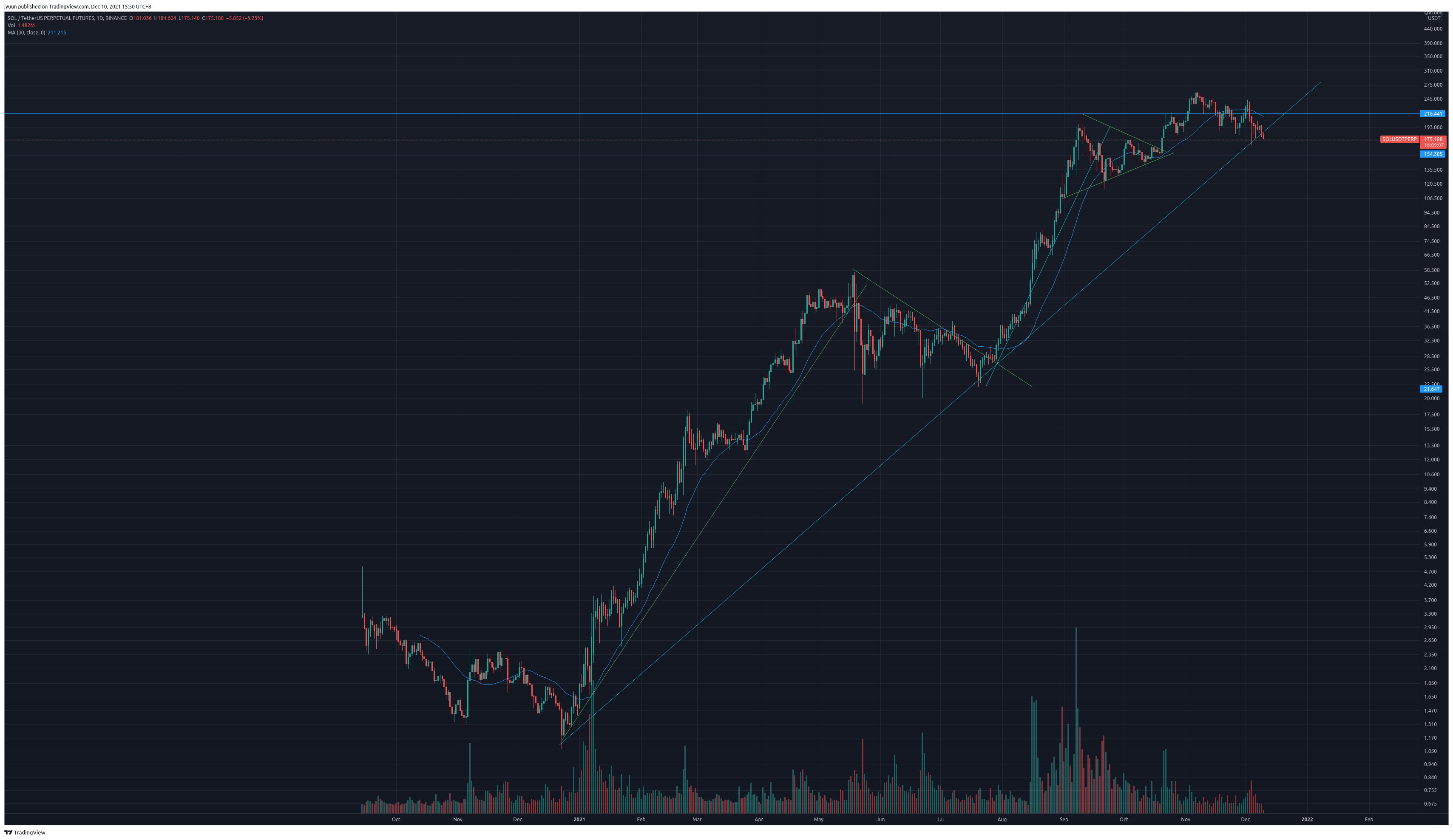 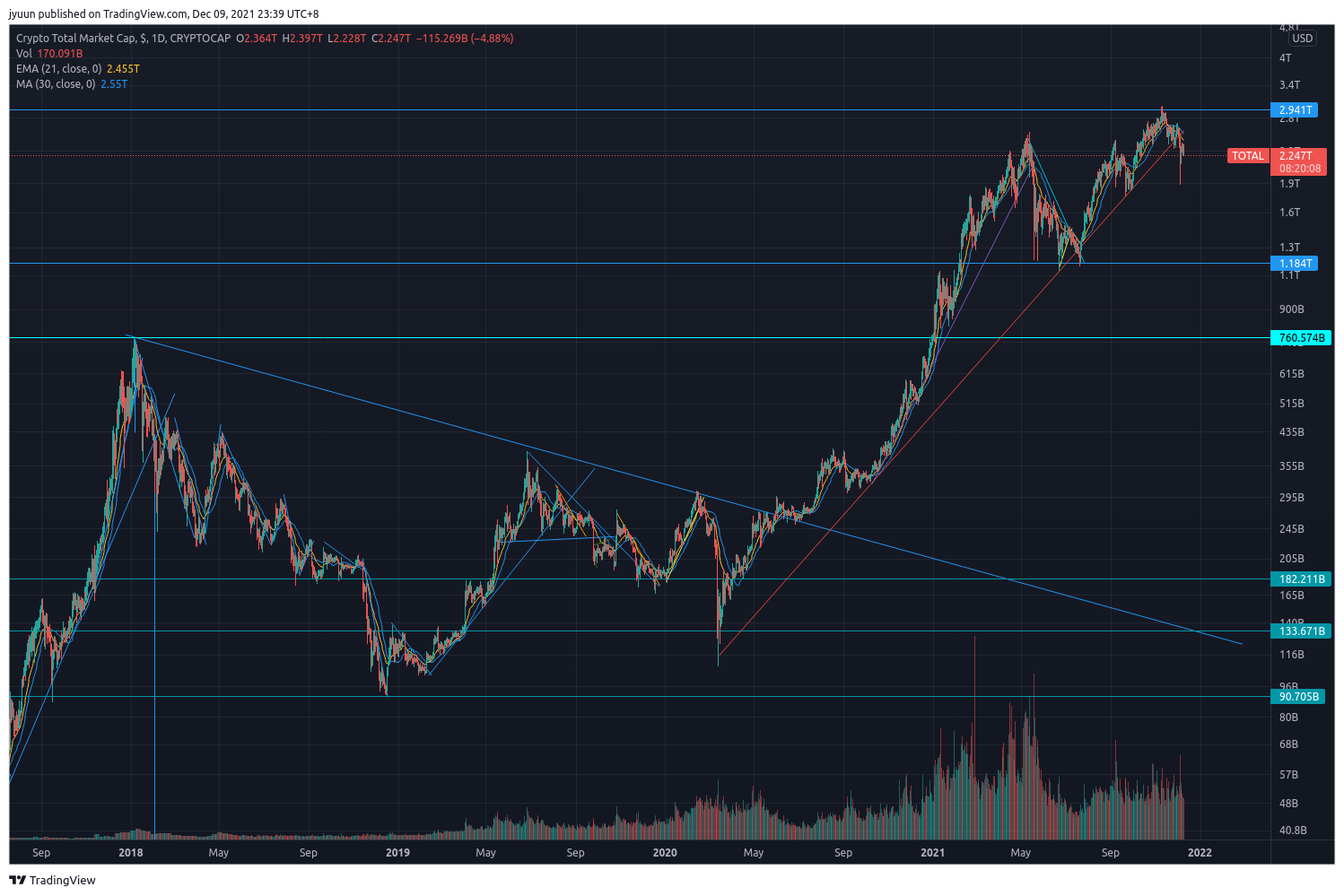 Dear CoinFLEX Community, We continue to talk with investors interested in rvUSD and commitments are growing. Once the token sale is fully committed, we will be able to communicate a clear path towards enabling withdrawals, but until then they will remain suspended. You will hear from us as updates become…
Read Post

Dear CoinFLEX Community, During the recent market volatility, a long-time customer of CoinFLEX’s account went into negative equity, meaning the Individual’s account currently holds a negative balance. In response, CoinFLEX made the decision to halt user withdrawals starting from June 23rd,  2022. As an exchange, we never want to put…
Read Post

Dear CoinFLEX Community, Due to extreme market conditions last week & continued uncertainty involving a counterparty, today we are announcing that we are pausing all withdrawals. We fully expect to resume withdrawals in a better position as soon as possible. We will fully communicate with you as we find out…
Read Post