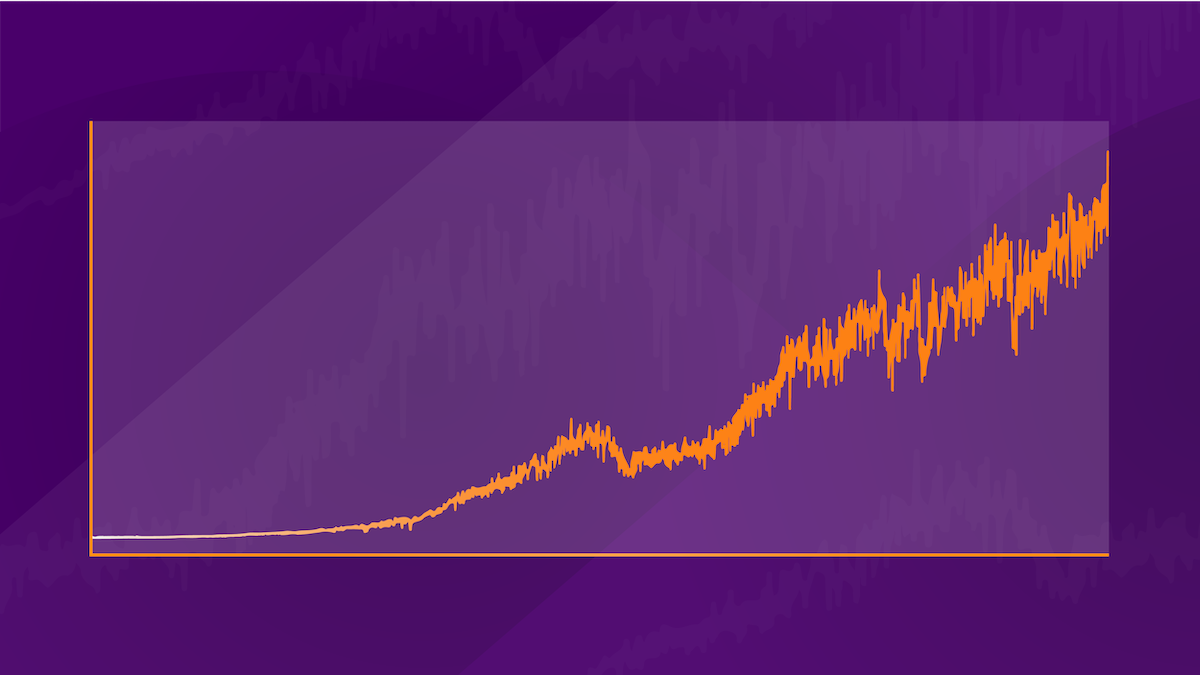 “When you have exhausted all possibilities remember this….you haven’t” – Thomas Edison

One of the interesting questions for me when reading crypto twitters (CT’s) recent surge in discussion about the huge drop in BTC/BCH hash power is whether hash rate follows price or if is it the other way around. 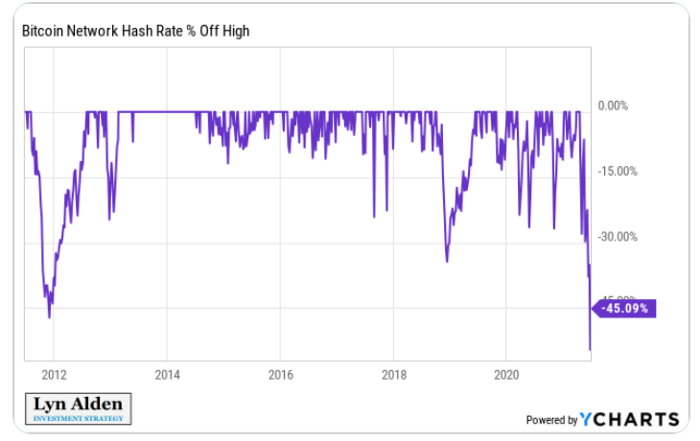 What is Hash Rate?

Hash rate in its simplest form is the computational power required to mine BTC transactions or blocks. It is the power spent in trying to win the race to become the first to validate the next block and win the rewards of more BTC and fees embedded in that block. So you can see how if hash rate goes up, it means that more and more computing power is being spent in winning that race. As mining businesses are not charities, it also means that it is more profitable to spend this extra money. As such it’s simple to causate that it’s because BTC prices are appreciating, therefore winning this race is much more lucrative.

What Other Ways Does the BTC/BCH Network Have to Regulate this Race?

A parallel tool to manage this process is also called mining difficulty. If prices just keep going down, as they are currently, then the hash rate will drop, but that will just keep disincentivizing miners from bothering to mine and validate blocks. Hence it is a risk to the overall security of the network.

So, the network has a wonderful second tool called “mining difficulty”. Mining difficulty is the ease by which the puzzle can be solved in the race to verify the block and validate the longest chain. Every 2016 blocks (blocks are typically mined on average every 10 minutes), the difficulty level is adjusted to ensure that on average these 10 minute blocks are maintained. So as BTC/BCH prices go down and unprofitable miners switch off, after each 2016 blocks the mining difficulty will then become easier to encourage these miners to switch back on.

So Was the Drop in Hash Rates Just Due to the Price Move Lower?

The short answer is no, it’s a combination of a few factors.

This is one of the most interesting times in BTC/BCH mining as there has been a shift away from China based mining where the Chinese government has warned their provinces to stop mining businesses. This could be for a variety of reasons from being anti crypto and capital flight (most likely) to perhaps trying to be eco friendly and carbon neutral (unlikely in my view).

China accounted for over 65% of the global mining business and it is a testament to the decentralized nature of BTC that the massive drop in hash rate due to a mass migration of mining away from China to the US, Kazakhstan and other Countries has not disrupted the security of the network.

Crypto sceptics used to be worried about the centralization of mining in China and now they are worried about it being too decentralised! Other than a few incidents of block times in excess of over an hour (which happens all the time in any case — remember the 10 minute block in an “on average” statistic), there has been little disruption to the network (as miners goes offline) whilst this mass migration of equipment has been underway since May 2021.

Has All this Chinese News Had an Effect on the Historical BTC Price Move Down?

This is almost certainly the case as contrary to what you would normally expect, Chinese miners hate to sell the BTC they make as they are huge believers in crypto. Some of the biggest miners that I have met in China and Hong Kong all believe that BTC is worth a lot more than where it is today. They tend to hoard as much BTC as much as possible by using the BTC they earn as collateral to borrow USDT (and then swap into CNY) to pay for their salaries and electricity bills rather than sell BTC in the spot markets.

However since May, on chain data, has shown that miners have been unusually larger sellers of BTC than normal. This is most likely due to the fact that they would have known they needed way more cash in hand to handle the migration of equipment and personnel to new countries. This need for immediate opex is reasonable and would be expected to be very short term in nature.

Where is BTC Going Next?

A number of recent factors probably point to BTC prices getting better supported from a buying and less aggressive selling perspective: 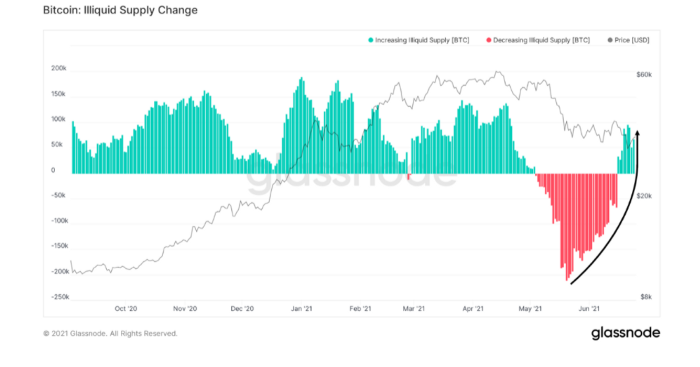 How Can I Play this Current Market?

A great way to play this range bound market is by using the AMM+ product on CoinFLEX’s AMM+ page where:

A great way to capture yield in these market conditions are to look at CoinFLEX’s AMM Transparency page.